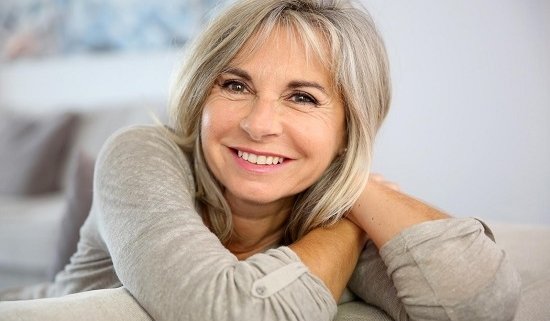 One of the most significant medical developments in the past thirty years has been the emergence of antidepressant drug therapy. Antidepressants were the breakthrough intervention for the treatment of depression since the 1980s, and have been found to be efficacious for many other mental health disorders as well. Antidepressants are a cornerstone treatment element for depressive disorders, prescribed alongside psychotherapy and other interventions for best results.

Antidepressant drug therapy mitigates symptoms associated with depression, anxiety, bipolar disorder and other mood disorders, and personality disorders. These drugs help alleviate distress by balancing chemicals in the brain called the neurotransmitters. Nearly 13% of Americans aged 12 and older are on antidepressants, based on data provided by the Centers for Disease Control.

Among those prescribed antidepressants, the highest prevalence was among adults aged 65 and older. Regarding possible over-prescribing of antidepressants for older adults, Dr. Donovan Mause, M.D., M.S. who specializes in geriatrics at the University of Michigan states, “Many patients are given antidepressants for non-depression diagnoses, such as anxiety, sleep, and neuropathic pain.”

When a doctor decides to prescribe an antidepressant, he or she will take into consideration the benefit versus risk ratio. This simply means that the overall benefit to the wellbeing of the patient is balanced against potential side effects. For many individuals diagnosed with depression, anxiety, or a mood disorder, an antidepressant regimen offers significant benefits that offset the possible adverse effects. For those who find side effects intolerable, alternative treatments for treatment are then explored.

There are five categories of antidepressants. These include:

While the positive effects of antidepressants are well established, the list of adverse side effects somewhat taints the reputation of these medications. Fortunately, with about thirty different antidepressants on the market a doctor can trial a patient on a few before finding the best therapeutic fit with the least amount of side effects. Each trial may last 4-6 weeks, after which the psychiatrist can adjust dosages or switch the patient to a different antidepressant if the trial is unsuccessful.

What Are the Positive Effects of Antidepressants?

When antidepressants are combined with psychotherapy and holistic treatment approaches they can help the individual struggling with a mental health disorder achieve a better quality of life. Being considered one prong of a three-pronged wellness approach, antidepressants play a big role in managing difficult symptoms which otherwise cause impairment in daily functioning.

While antidepressants can take several weeks before noticing a meaningful difference in symptoms, the accompanying interventions—therapy and holistic activities—can provide some relief in the meantime. When the antidepressant does become effective, the individual will experience a leveling out of the distressing symptoms to varying degrees, including some that achieve full remission.

Once the mental health disorder symptoms are under control, the individual will be able to be more productive and present in their jobs and their relationships. This in turn leads to improvements across the range of daily life, including career, family, physical health, and relationships.

While commonly associated with an essential treatment method for depression, it is true that antidepressants are also efficacious in the treatment of a range of mental health conditions. Such disorders may call for a combination drug therapy that includes both antidepressants and another psychotropic drug, such as antipsychotics, anti-anxiety medications, or mood stabilizers. Antidepressants have been shown to be helpful for the following conditions:

Depression is a common mental health disorder that impacts over 17 million Americans annually. There are several sub-types of depression, including seasonal affective disorder, dysthymia, postpartum depression, and bipolar depression. Major depressive disorder is diagnosed when at least five of the following symptoms persist for more than two weeks.

Symptoms of depression include:

Symptoms of anxiety include:

Bipolar disorder is classified as a mood disorder, and has four types, including bipolar I, bipolar II, cyclothymic, and non-specified bipolar.

Symptoms of bipolar disorder include:

Symptoms of binge eating disorder include:

What are the Negative Effects of Antidepressants?

Treatment for Depression and Anxiety is a 3-Pronged Approach

For patients with depression who do not respond to antidepressant drug therapy, there are some alternative approaches that may be helpful. These include brain stimulation techniques such as TMS therapy, vagus nerve stimulation, and deep brain stimulation.

Antidepressants remain the centerpiece of depression treatment protocols. While these medications do not work for everybody, the positive effect of antidepressants experienced by the majority of depression patients reinforces them for essential treatment of depressive disorders. Depression is a serious mental health disorder that should be diagnosed and treated to limit impairment. Giving antidepressants a trial run is a prudent step in stemming the impact of the symptoms on one’s life.

Want to join the discussion?
Feel free to contribute!

The Role of Environment in Addiction

5 Tips for OCD and Coronavirus