One of the most common withdrawal symptoms of crystal meth is craving for more of the drug. This is fairly common among stimulants and other illicit substances. Although meth withdrawal symptoms are unlikely to be lethal, it’s imperative that the individual seek help. The depression, psychosis, and mood swings that may arise can lead a person to become suicidal or violent.

Symptoms of methamphetamine withdrawal include:

Symptoms generally last anywhere from a few days to a couple weeks. Meth leaves the body fairly quickly, resulting in withdrawal symptoms that come on quickly and strongly and can subside more quickly than withdrawal symptoms of other drugs. Each individual is different, and withdrawal may manifest differently from person to person.

What is Meth Induced Psychosis?

The APA (American Psychiatric Association) defines psychosis as the presence of both hallucinations and delusions. Drug induced psychosis can put the individual at great risk of causing harm to themselves or others, as they are often not aware or perceptive of the world around them. Crystal meth psychosis can last for a period of a few days up to a few months in more severe cases.

Methamphetamine is a powerful synthetic stimulant drug that interacts with the brain region called the limbic system. This part of the brain regulates mood, impulsivity, and the fight-or-flight response. When this brain region is over-stimulated the individual may react with intense paranoia, hallucinations, and aggression. Chronic meth use can induce the symptoms of psychosis because of the pathological brain changes that take place.

Because methamphetamine releases large amounts of dopamine, the brain registers the experience in the reward center, setting up the brain to desire a repeat of the euphoric effects. The drug is highly addictive, with some individuals becoming addicted after just a few uses of the drug and then rapidly increasing meth consumption. Meth induced psychosis develops in 26%-46% of habitual meth users, according to a 2014 article published in Therapy in Practice. 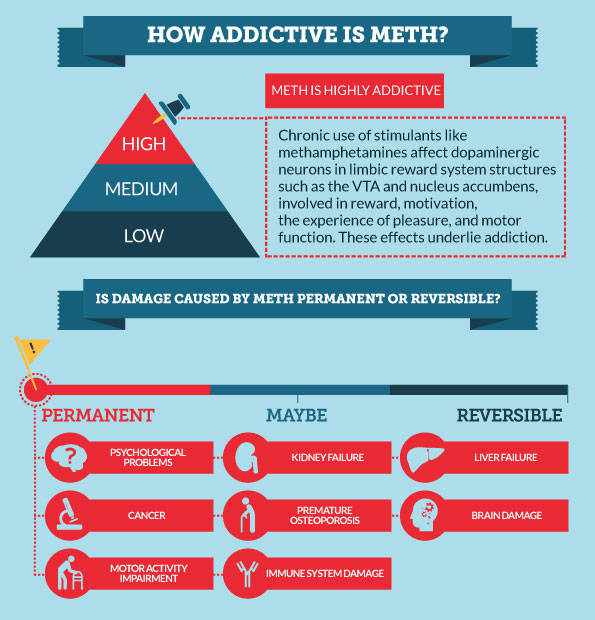 Like any withdrawal symptoms, severity may vary from individual to individual. Generally, meth induced psychosis symptoms may include:

Hallucinations may occur at any of the five senses. The individual may hear sounds that are not really there, such as voices, noises of people moving around, or static. They may experience visual hallucinations, seeing movement from still objects or seeing things that are simply not present. The person may smell an extremely unpleasant smell wherever they go. They may feel things on the skin that aren’t there, causing the itching and scratching often seen in long-term meth abusers. They may also believe their food to taste strange.

Delusions can arise in a number of different ways. One of the most common delusions is that of persecution, or believing that others are out to harm them. Delusions of grandeur are also common, which is when the user believes they are special in some way or chosen. Delusion may also arise as the belief that random events are connected or important to the individual, as the belief that they are under someone else’s control, or that their body is changing in some way.

The combination of delusions and hallucinations can lead to aggressive and violent behavior. This may manifest in fits of rage, unexplained anger, and/or misdirected fury.

Obsessive behavior is common among meth users, especially those experiencing psychosis. Those experiencing meth psychosis may compulsively clean, repeat a behavior such as tapping or twitching, or take things apart and put them back together.

Paranoia is a common effect of meth-induced psychosis. Paranoia is described as intense irrational fear experienced by the individual that someone is after them, watching them, following them, or out to do them harm. 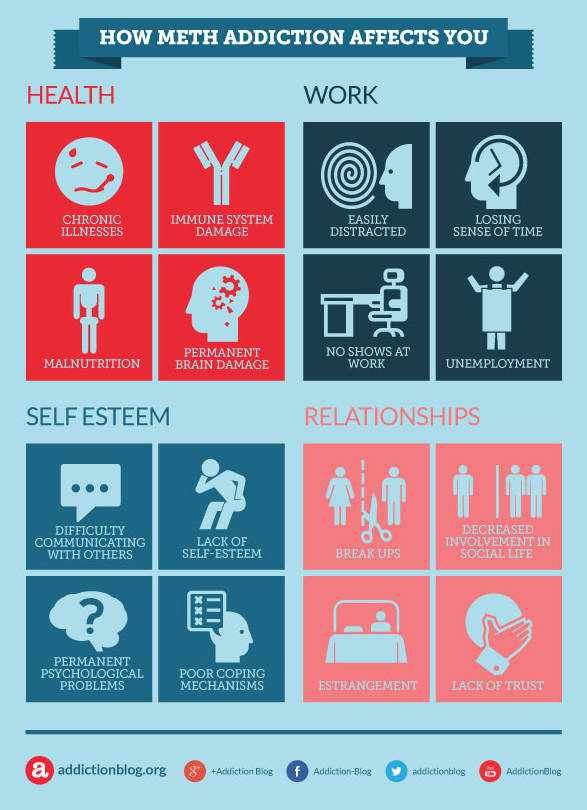 There are many drugs used to treat meth-induced psychosis. Some drugs may help ease the person down from psychosis, while others can reduce cravings. In the long term, meth addicts benefit from psychotherapy and appropriate addiction treatment. Drugs used to treat ice psychosis may include antidepressants, anticonvulsants, antipsychotics, and stimulants.

People experiencing psychosis need proper medical attention. Without care, meth induced psychosis can result in a lot of harm being caused. With professional care, those experiencing psychotic symptoms can recover and live a healthy life. Although symptoms of meth abuse may last for some time, a team of clinicians and professionals can help the individual to regain control over their lives.

Obtaining professional treatment for a meth addiction or dependency is imperative in reducing the incidence of meth psychosis. By the individual receiving psychosocial treatment, especially cognitive therapies, as well as continuing care services to prevent the risk of relapse, the individual increases their ability to overcome the meth addiction and avoid meth psychosis.

The next phase of methamphetamine recovery is the addiction treatment phase. Most individuals with a meth addiction will require a residential rehab program for a minimum of 60 days. The program will provide 24-hour support and monitoring while offering a multi-dimensional course of therapeutic activities. Each individual will receive an individualized treatment plan that will be aligned with his or her own specific substance use disorder. This provides a more targeted approach to treating the unique features of each substance of abuse.

Treatment for methamphetamine addiction with include:

If you or somebody you know is struggling with methamphetamine addiction, call us today at (888) 561-0868 .

The Connection Between Bipolar and Alcohol Abuse

How to Manage Chronic Fatigue and Anxiety