Impulse control disorders come in many forms. These behavioral disorders involve an involuntary compulsion to engage in a behavior, such as gambling, binge eating, reckless high-risk acts, skin picking, or stealing. Another type of impulse behavior is hair pulling.

So, what is hair pulling anxiety disorder? Hair pulling disorder, referred to clinically as trichotillomania, involves the irresistible urge to pull one’s hair, from the scalp, the face, or other areas on the body. This repeated hair pulling can result in embarrassing bald spots on the head, or missing eyebrows. Even though the disorder is very distressing to the individual, they are unable to stop pulling out their hair.

Trichotillomania is classified as an anxiety disorder, so treatment measures are aligned with others that help individuals who suffer from anxiety, such as obsessive-compulsive disorder or generalized anxiety disorder. This impulse control disorder can be modified and managed using therapeutic interventions, although it is a chronic condition.

What is Hair Pulling Anxiety Disorder?

This mental health condition features an inexplicable urge to pull hair from one’s head, face, or body. The severity of hair pulling anxiety disorder can range from a mild form that is manageable, to a more severe compulsion that can lead to an overwhelming need to continue pulling the hair.

The resulting patchy bald spots or missing eyelashes or eyebrows can be a source of embarrassment and self-consciousness. Some individuals with hair pulling anxiety disorder may go to great lengths to cover their missing patches of hair. Some may become so distressed about how they appear, or by being unable to control the compulsion, that they avoid social situations entirely.

Trichotillomania can result in hair and skin damage over time. The constant picking at the scalp and pulling the hair out can lead to infections and can permanently scar the scalp. Hair picking disorder can also result in the inability for the hair to grow back.

Usually the hair pulling itself is done in private, when the urge can be controlled. The behavior may be intentional, as a method of relieving stress, or the individual may be unaware that they are pulling their hair. Individuals with hair pulling anxiety disorder may also struggle with similar compulsions, such as picking at the skin, chewing the lips, or biting fingernails.

The signs and symptoms of hair pulling anxiety disorder include:

Science has not yet determined what causes trichotillomania. However, there are some risk factors that have been identified. These include:

Trichotillomania is diagnosed following an examination and interview with a physician or mental health practitioner. The doctor will assess the level of hair loss and ask questions about what leads to the hair pulling behaviors. This may include questions about feelings of stress or anxiety that precede the hair pulling, and then how the individual feels after they have pulled the hair out. The doctor will also want a mental health history, to determine is there are coexisting mental health disorders involved.

Treatment for hair pulling anxiety disorder involves therapies that will help the individual change their thoughts and behaviors around this compulsive behavior. Therapies might include:

In some cases, medication may be included in the treatment plan. An antidepressant such as Anafranil has been shown to help patients with trichotillomania. Zyprexa, an atypical antipsychotic, is also prescribed to treat this disorder.

Elevation Behavioral Health provides upscale residential mental health services, and treats hair-pulling disorder. The intimate size of our holistic and evidence-based program provides a more attentive clinical staff that will partner with you, guiding you toward healing and recovery from this challenging condition. If you are wondering about hair pulling anxiety disorder, and whether it can be effectively treated, please contact our team for more information about our program at (888) 561-0868. 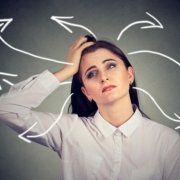 Anxiety and Inability to Focus 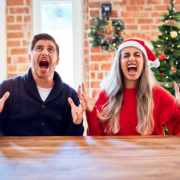 How to Cope with Holiday Stress 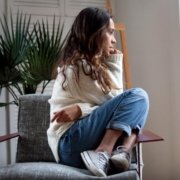 Paralyzed with Fear and Anxiety 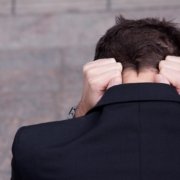 Want to join the discussion?
Feel free to contribute!

How to Protect Yourself From Losing a Job Due to Depression