You are here: Home1 / Bipolar2 / Is There a Difference Between Bipolar and Manic Depression?

Is Manic Depression and Bipolar The Same?

What Is Bipolar Disorder?

Bipolar disorder is a complex mental health disorder that is considered a “mood disorder,” and features extreme shifts between moods and energy levels. Someone with this challenging condition may find that it can impair daily functioning, career stability, and relationships.

The intensive mood swings between mania and depression can be very disruptive in daily life, although there may be long periods of calm that separate these mood shifts. While there is no cure for bipolar disorder, there are methods and medications that help individuals manage the symptoms and enjoy a productive life. In most cases, bipolar disorder is first diagnosed in the teen years or early adulthood, although there are cases of it being diagnosed in later years as well.

To date, science has not yet been able to identify the exact cause of the bipolar disorder. However, there are strong indications that there is a genetic component, as the chances of developing the disorder are enhanced if a close family member has the condition. But even so, when studying identical twins there may be one twin with the disorder and the other who never develops it.

It is also thought that particular features in brain structure might predispose someone to bipolar disorder, especially in light of traumatic events or intensely stressful life events that might trigger a bipolar episode.

What Are the Symptoms of Mania?

The symptoms of mania include:

Hypomania is a less severe form of mania, with symptoms lasting four days or more but which do not cause severe impairment in daily functioning as mania does.

What are the Symptoms of Depression?

The symptoms of depression include:

When an individual is being evaluated for a bipolar disorder they will first undergo a physical exam to rule out any medical reason for the symptoms. Then using the DSM-5 diagnostic criteria and various assessments, the mental health practitioner can pinpoint the specific type of bipolar disorder According to the National Alliance on Mental Illness there are four types of bipolar disorder. These include:

Bipolar I. Bipolar I disorder involves one or more manic episodes, with or without depressive episodes occurring. The mania must be severe enough that hospitalization is required and last a week or longer.

Unspecified bipolar disorder. Bipolar disorder not otherwise specified is present when the symptoms do not fit the other three diagnoses, but still involve episodes of unusual manic mood.

While there is no difference between bipolar and manic depression labeling, both the mania and the depression must be managed. Once the particular type of bipolar disorder is diagnosed, a treatment protocol will be created for the individual. In most cases, a combination of medication and psychotherapy is the first line of treatment. For those who have bipolar I, admission into a residential treatment program or hospitalization is the appropriate level of care.

Medication: Psychotropic medications are prescribed according to the predominant features of the bipolar disorder. These may include antidepressants, benzodiazepines, and antipsychotic medication.

Psychotherapy: Talk therapy and group therapy help individuals process the disruption that their bipolar disorder causes in daily life and find solutions for managing relationships and other stressors better. CBT can assist the individual with shifting pessimistic thoughts that drive irrational behaviors to more optimistic thinking.

Family-focused therapy: Stress that is a common feature within families when a member has bipolar disorder can undermine recovery. This involves helping family members learn to communicate better, practice better problem-solving skills, and manage anger and conflicts more effectively.

Stress management: Teaching individuals with bipolar disorder to better manage their stress level is intrinsic to a positive outcome. These methods include deep breathing, yoga, and mindfulness training. 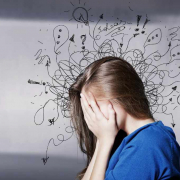 How to Calm a Manic Episode

Skyrocketing Online Purchases of Alcohol and Increased Drinking During Coro...