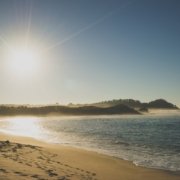 In twelve step programs and other recovery programs as well, there are sets of principles which serve as a guiding force for the addict or alcoholic newly entering recovery. Behind each step, or monumental outline services a principle or a description as to what value the action or notion holds universally. In the 12 step program, the first step, “we admitted we were powerless over our addiction and that our lives had become unmanageable,” correlates with the principle of honesty. The notion of honesty is more than simply telling the truth. When carefully considered, it can reveal itself to be a powerful sentiment and strongly loaded word. To live an honest life is more than keeping your word or not lying, it’s almost an oath for righteousness without the thoughts of being righteous.

The most common definitions of honesty are that it implies a refusal to steal; a quality of being fair; a straight forwardness of conduct; a refusal to deceive in any way. Perhaps the most insightful is the refusal to deceive in any way. Many times in early recovery, we like to utilize the skill of omission. Omission is different than a normal lie because rather than offering information or an explanation that isn’t truthful, we preserve the integrity of our secrets by leaving out parts that might shed light into an area of our conduct that we wouldn’t want to be discovered. In taking up an honest lifestyle, it becomes apparent fairly quickly that honesty and transparency are words that should be synonymous with one another, if we are going to be anything close to happy in recovery from substances.

There’s an example that is sometimes used of a car without fuel. When the car is completely without fuel, it isn’t possible for it to go anywhere without refueling. There’s a similar notion in recovery, with a loss of energy and a loss of interest in many things. Feelings of being overwhelmed or even “burnt out,” are fairly common and can make it difficult to consider whether or not inertia comes from a place of exhaustion or simply refusal. Considering the automobile, we can honestly ask ourselves if we are putting in the best effort in our recovery and the tasks that are asked of us. Sometimes, admitting that the answer is “no,” can be a great example of honesty within ourselves. As honesty becomes much like a new language, it starts with our own understanding of ourselves and our capabilities. Many times, it can be misunderstood that unwilling and dishonest go hand in hand, however a truthful admission of our own unwillingness can be one of the more complementary steps we take in our quest for honesty. Much like the definition, this can be an important “straight forwardness of conduct,” and through this growth can absolutely be attainable.

For many addicts and alcoholics, something as simple as “dressing the part,” can be a dishonest method used for surviving uncomfortable and questionable situations. When we enter into early recovery, our dishonesty may be attached to a certain role we have been playing through our active addictions and a sense of an authentic self might seem to fall short of our expectations for who we must be or appear to be to survive. It’s important to realize that this sense of self is skewed through living a lifestyle that was not only dishonest, but ultimately wasn’t beneficially for bettering ourselves or finding true happiness. In recovery, we can see where we are being dishonest through our actions and appearances. With learning not to omit anything, and being straight forward about our conduct, we begin to learn that the best way to live an honest life is to simply step out into the world as we are and embrace the truth, for all it is worth.

We will live longer and happier lives if we can cultivate a sense of honesty that allows us to take refuge in the idea that we are no longer hiding from the world. Whether it’s through admitting a relapse, admitting a mistake, or being honest about our feelings in a certain situation, we can grow as recovering addicts and alcoholics if we find the faith necessary to allow ourselves to be honest with those who are closest to us. Through our trial and error, it becomes obvious that the only person we had hurt with our dishonest was ourselves. It is through faith in a process that we allow ourselves to show those who are closest to us our real selves; having shown them our real selves, we begin to heal as the people we were truly designed to be.

Faith comes in many forms, and although many of us are skeptical, we find we can not build trust without allowing a small bit of it in the first place. Through a recovery program, a mentor, a friend, a therapist or a loved one, we can begin allowing ourselves to build trust by being honest, little by little, with those who are closest to us. Through time we will see that in our honesty, others begin to gradually trust us, and the connections that are built through sincerity are those that are built to last a lifetime.